A Black and White Challenge at the Farm!

Hello! I feel like I've been gone for ages! I had a great time at Encampment! Our girls got to learn about dog mushing from a teenage Junior Iditarod runner and pet her dogs, made jelly and fried bread, learn about the constellations in a really cool way and use a robotic arm, and try their hand at baton twirling and cheer leading! Speaking of the cheerleading, my daughter is not a girly girl and was not happy that they had BOTH baton twirling and cheerleading on their event schedule. The cheerleading was last and due to several days lack of sleep, and her unhappiness, she was complaining heavily on the way to cheerleading. I had to explain to her several times that the other girls were excited about the cheerleading and she should give it her best and then she would never have to do it again. Well, like I said, she's no girly girl, but she does like to be loud and she is a ham! (One of the big reasons for the girls' lack of sleep was Ronnie felt she had a "captive audience" in the tent at night so she had to put on a show. She got sillier and sillier to keep everyone laughing!) At the cheer leading event, she got to be loud and get on stage to show off the routine she learned, and now she is begging me to sign her up for Cheerleading! 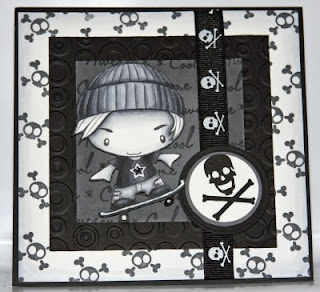 Did you know that The Greeting Farm is having a sketch/color challenge? You can see all of the details HERE. Because of my crazy week I am just now getting mine done, but you do still have until tonight to enter! The color combo is obviously Black/White/Gray. It was a blast to color that way! I did struggle a lot more with the paper selection, though! I used the adorable Skater Ian, words from the Wardrobe #1 set, and the skull and crossbones from Matey. The ribbon is some older ribbon I had from Creative Imaginations and the large skull and crossbones is a Martha Stewart punch. I used a little black diamonds stickles on the star on his shirt and everything is colored with Copics:

Thanks and I hope you have a wonderful day!
:-) Traci
Posted by WickedPixie at 2:07 PM

I just love this card and my daughter would love it for sure.
Pinky

This is stunning! I am lost for words I can't get over your shading

OMGosh your colouring on Ian is out of this world, you are the master, and i am a devoted pupil & follower.
Thank you for another inspiring creation.

Thsi is me GREEN with envy. Love love love this card Traci. Your coloring is soooo darn cool that you can make bwgray look amazing. Bravo!!!

OMGosh I think I just fainted. Look at that amazing shading with just shades of black and grey. I am just floored. Traci you are a master of your craft.

oooh this is great! love it
this is my first time here love your colouring! i have become a follower ( soor for my bad english;))
hugs sylvia

I love it Traci! I think you did a great job with the background papers and your coloring is perfect!

I knew your B&W card would be fabulous! Your totally rock black and white and your colouring is jusst out of this world!

This looks so cool! I love how you've colored him! Did you sign your dd up for cheerleading or has the moment passed for her? 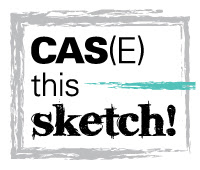 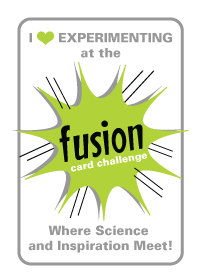 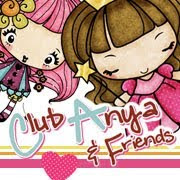